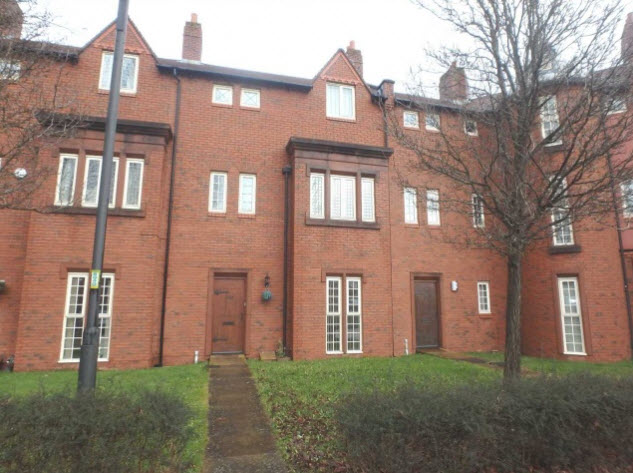 If you are looking at houses for sale in the Warrington area, you will be spoilt for choice! However, with this being such a popular area for people to move to, it doesn't pay you to sit on your laurels once you have found your perfect property.

Houses for sale in this sought after part of Cheshire don't hang around on the market for long and it is no wonder that there is a healthy housing market here, mostly because of its ideal location, good transport links and very wide-ranging choice of housing stock – there literally is something for everyone's particular taste and budget in this warm and friendly part of the country.

Warrington has been built on ancient foundations dating back to before the time of the Domesday Book. In fact, in 1086 Warrington was recorded as only being a small village with St Elphin's Church sitting at the centre of village life.

In the 12th century, Warrington was granted the right to hold a fair once a year that attracted sellers and buyers from a very wide area. This led to the place growing to become a very important market town. Later in the 13th century, the town was given a charter that granted the townspeople special rights.

One of the most significant events in Warrington's history was the building of a stone bridge in 1495 that spanned the river Mersey. This really put Warrington on the map and established the town as a central hub for trade and attracted a lot of wealthy and notable figures over the years to trade and reside in the town.

As the town continued to grow it became know for its sacking and canvas industry. Being close to Liverpool and its seafaring links, Warrington benefited greatly through the production of sailcloth for the many trading fleets of sailing ships coming in and out of Liverpool. In fact, it was noted that as well as sailcloth for trade ships, Warrington supplied 'nearly one half of the Navy of Great Britain' during its sailing ship era.

In the late 19th century the town saw beautiful new parks opened. Bank Park opened to the public in 1873. Victoria Park opened in 1897, as did Queens Gardens.

One of the many reasons why people choose to move to Warrington is for its excellent transport links. In 1831 Warrington was connected to both Liverpool and Manchester by the railway. These days you can not only benefit from good rail links via the West Coast Mainline and Trans-Pennine route that link both Liverpool and Manchester international airports, but also with the towns central location on three major motorway networks, M6, M56 and M62.

It is no wonder that Warrington has grown to be an important place for business and employment that attracts new residents to settle here from all over the country – as well as the world!

During the late 1960's Warrington was given a modern makeover and was made into a new town. New suburbs were developed with housing built for incoming people from the Greater Manchester area and new industrial estates were built to encourage businesses and employment.

Warrington's popularity with families choosing to settle here doesn't seem to be slowing down. With the new Chapelford Urban Village development in west Warrington of 2,000 new build homes in recent years, and a further £1 billion redevelopment being undertaken on the former Burtonwood Air Base, even more top-quality housing, business opportunities and employment are heading to this area.

When you are looking to relocate your family it comes as no surprise to learn that Cheshire is one of the most popular choices in the country when people are deciding on where to set up a new life.

Warrington holds an important hand of cards for those deciding whereabouts to put down roots in Cheshire. Warrington has a great mix of town and country that is very attractive to people looking for quality housing, good schools, a fine choice of leisure facilities and accessible countryside, the many parks, gardens and nature reserves around the town, as well as being within easy reach of two major cities.

Warrington is a veritable shoppers paradise too with plenty of well known high street names as well as independent shops and boutiques. The main places to head to for a bit of retail therapy are the Birchwood Shopping Centre, Cockhedge Shopping Park and the Golden Square Shopping Centre. There is also the historical Warrington Market that has been going for well over 750 years!

Now that you know the reasons why moving to Warrington can be so very attractive and why the region has so much to offer its residents, it is now a matter of finding your perfect home!

The range of different housing types and styles the area has to offer provides a significant draw for new residents as well as those wanting to return to the area after moving away. To begin your search there is no better place to look for houses for sale in Warrington than with Home Estate Agents.

Simply enter your property requirements into our search box to get instant results and your first view of your potential new home. We have listings for beautiful and aspirational homes in picturesque settings and historic town locations as well as good quality properties of every type to buy for the more budget conscious in and around the Warrington area.

Our friendly team at Home Estate Agents boast many years of experience in the property industry and our offices are based in the heart of Warrington where we make ourselves available to our customers to give you our first-class care and attention.

We are always on hand to offer you our helpful assistance when searching for and securing your dream home. We make it a point to get to know each and every property that comes our way, this means we will know instantly when we have a house that is perfect for you and fits your needs.

Do not hesitate to contact our friendly team for our help when you are looking at moving to Warrington and want to find your new home. We are here to help!